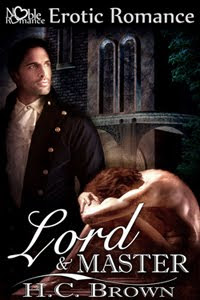 Greetings HC Brown!!
I'm thrilled and honored to be visiting today. And let me just say congratulations on your 2011 CAPA nomination! You make us all so proud….
HC- Thank you, I am delighted to be nominated :-)
I wish I could say I am one of those authors whose been writing since childhood, but I'm not. Writing a book was a bucket-list type of thing for me, and when I got started, woo-boy, let's just say the experience sank its claws into me and I hope it never lets go.
On the flip side, I've always loved reading. When I was a kid, I'd go down to the local "five and dime"—yes, they still had those, and no, I'm NOT that old—and hunt through the book rack for Trixie Belden mysteries. I still have a couple dozen of those old books, and can't wait until my children are old enough to enjoy them. As I grew into my teenage years, I'd sneak my mom's Sidney Sheldon novels and read them surreptitiously under the covers with a flashlight. Windmills of the Gods and Master of the Game were deeply life changing. Okay, maybe not, but they certainly got my blood pumping for the first time while reading a book, and THEN I was forever changed.
Many years later, I had another life changing event. I backpacked through Europe for three weeks visiting Paris, Switzerland, Bulgaria, Rome, Florence, and Athens. I became a Greek mythology junkie. Ares and Aphrodite, Apollo and Daphne, Eros and Psyche…. They invaded my thoughts at odd times of day and night, and I began to formulate stories about them using the original myths as starting points, eventually morphing them into plotlines for contemporary Urban Fantasy. Eventually, those musings coalesced into the very humble beginnings of the Four Realms series.
The first book, MURDERING EVE, was released a few scant months ago, and I'm beyond excited. I've completed the second book in the series, entitled BATTLE HEAT, and I've just begun writing the third – working titled DEFIANCE. It's fascinating to watch characters grow and evolve, while some fade into the background and new ones come to the forefront. Most days, they surprise even me.
Because I know many of your readers enjoy erotic romance, I hand selected one of the steamier scenes from Murdering Eve, just to give you all a taste. J 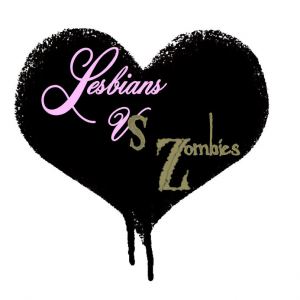 Lesbians vs Zombies: The Musical Revue was conceived within the twistedly
brilliant mind of multi-published author Amber Green.

Amber, after an evening of something she still refuses to talk about - rumor
has it pirates with torn clothing atop picnic tables smothered in candy
hearts and watermelons were involved . . . and maybe some rope - decided she
should gather a gaggle of authors who may or may not know each other and
write novellas containing lesbians, zombies, music, and colleges. The
literary gods Jose and Cuervo then fell silent, leaving said authors to use
their imaginations and/or any available firemen for inspiration.

The end result is a litany of tales as different as Amber's stockings.

Somehow, Amber convinced Noble Romance Publishing (between us, I heard that
a Belize cabana boy and two sea sprites were involved in the negotiations)
to back the project, and Lesbians vs Zombies: The Musical Revue was born. Or
hatched, depending on one's perspective of whatever that thing in the
watermelon was.

By the way, HC didn't write this. She's far too civilized to stoop to such
low posture . . . without velvet restraints and a picture of Hugh Jackman
taped to my face.

HC. LOL Now a little more about this exciting venture from the irrepressible David Kentner AKA KevaD

When Amber Green invited me to participate in Lesbians vs Zombies: The
Musical Revue, I had no idea what to write. Aside from the fact Amber
scares the crap out of me, I’d never written a story about zombies or
lesbians. However, I did survive the sixties – 1960s that is – with a
few brain cells still intact, though on occasion my wife has been
known to challenge that belief.

The sixties produced flower power and some really radical music for
the time. Free love produced flower children. FM radio was a new
concept, “head shops” where suburban hippie wannabes could buy
tie-dyed clothing, love beads, and incense prospered, and no party was
complete without Boone’s Farm wine and a bag of Columbian buds. Add a
basement floor covered in pillows, a few black lights and posters,
Hendrix growling “Foxy Lady” on a stereo, a few jars of body paint,
and the evening gathering quickly became an all-nighter. Usually at
some point somebody stoned out of their gourd would slither into a
diatribe of how we were changing the world, making it a better place
for the children. Those of us still conscious would all mutter “far
out” and nod our heads while trying not to burn our fingers on the
joint as it passed by.

Surviving brain cell M2G7 connected with H98X to rekindle a memory of
a young lady who wore flannel shirts and bell-bottomed jeans, and
stuck dandelions in children’s hair when we hung out at the park. I
sprinkled that vision with a dash of mythology, and my comedic drama
“The Zombie with Flowers in Her Hair” was born.

The hardest part of being alone is realizing you are.

1969 was a busy year for the young woman nicknamed Isis. She graduated
high school, engaged in a lesbian relationship, died, and rose from
the dead as a pot-smoking, flesh-eating zombie in need of a good
orgasm. Yet, in death she ended up as alone as she had in life. But
when a beautiful zombie with flowers in her hair forgets her sweet
butt on a toilet seat, Isis's undead life will never be the same. Nor
will it be one she could ever have envisioned, even on the wildest
acid trip. Because for Isis, her true reason for life lies in her
death.

You're funny, Dave. Everyone, he wrote his story long before I
unwrapped the sword-length Khyber Knife I got for Christmas. He just
likes hiding under the sink, is all.

On January 23, the curtain will rise on the next sketch in the lineup:
"Dead Kitties Don’t Purr." It’s a tender story of first love, and of
a girl finding her tribe among college students trapped by the
government’s draconian efforts to contain a devastating new plague.

People who take their shots and do as they’re told have nothing to
fear, right? The Rabies Z epidemic began and ended in Miami this past
summer, didn’t it?

And that guy my daddy saw at the Jacksonville airport last week was
just having an epileptic seizure. No cause for alarm. Epilepsy always
causes an eighteen-hour hazmat shutdown at a major airport. Right?
Right.

So while my twin tours to flog her newest album, here I am, Camie
Invisible, parked at this nice, safe college–as far from the infection
as I can get and still pay in-state tuition. Only now my studies have
become focused on the fascinating Risa Ruiz. And she has eyes for me.
Isn’t this the perfect time for the z-things to show up?
--
WE HAVE T-Shirts to give away :-)
Want to find out more? Visit the Lesbians vs Zombies blog
http://lvsz.wordpress.com/2011/11/21/welcome-to-lesbians-vs-zombies/
Posted by H.C. Brown at 5:13 PM 16 comments:

Tryst of Fate Book Trailer and Give Away. 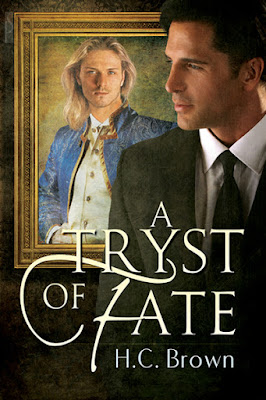 After inheriting a Georgian house in Barkley Square London, Colt
Samuel, millionaire art dealer, finds himself obsessed by the portrait
of the home's former owner, Lord Alexander Swift.
During a chat with author, Jake Daniels, Colt discovers Lord Swift
and his unnamed cousin had mysteriously disappeared from the
cellar one evening, following Alexander's illicit affair with David
Fitzhugh. Jake reveals Fitzhugh bears a remarkable resemblance
to Colt.
Colt decides to investigate Alexander's strange disappearance, and
ventures into his cellar late one night to look for a secret
passageway. When his torch fails, Colt finds himself transported
back to 1775, and comes face to face with the man of his dreams,
Lord Alexander Swift.

Send me  the pre- release order number and your email address and I'll send you an autographed book cover for your e-reader.
Posted by H.C. Brown at 10:29 PM No comments:

Hawke’s Purr-fect Mate by H C Brown
Publisher: Noble Romance Publishing
Genre: Erotic, Menage, Paranormal, M/M, GLBT
Length: 89 pages
Summary:
Deliciously handsome, insatiable, alpha male Hawke of Knight Watch has a reputation for having a voracious and varied sex life. However, his ability to attract streams of men and women to his bed comes into question when he meets the mysterious Ice Princess, Lydia.
Lydia, born of both Fae and Pride, has a secret. Unable to chance the man of her dreams discovering the truth about her, she publicly refuses the handsome Prince Hawke.
Disillusioned and heart sore, Hawke must fight the battle of his life against the dogs invading his realm, and for the love of his true mate.
Dakota’s Review:

Ms. Brown has definitely penned a wonderful tale. I was happy to return to this series after reading Savage Lust. This author has done a phenomenal job of creating characters that every time I pick up one of her books it feels like I’m coming home to a family reunion, even it if is a rather strange family. In this newest book, Hawke’s Purr-fect Mate, we delve more into the life of Hawk, who is the prince of his pride and like most cats he’s not ready to settle down with just one mate. His relationship with Nox is one he doesn’t want to give up, especially for an Ice Princess who has denied his claim and in the process has infuriated him beyond belief. (Not a wise idea on Lydia’s part. Evidently she doesn’t realize how determined it will make him to actually claim her.)  I loved Hawke’s chase of his mate.

As usual the character development in this book is excellent.  The backstory was enough to make me feel like I was catching up with the previous character’s lives. I was drawn into the familiar world of the Pride Brothers series and as usual I didn’t want to leave. I will say one thing, be sure to have your hanky ready because, Ms. Brown has created another tear jerker with Lydia’s and Hawke’s story. I related on so many levels with Lydia that I felt like she could’ve been my sister. I won’t give away Ms. Brown’s plot line here but I will say that every tear she did draw out of me was well worth it by the end of the tale. If you’re looking for a frisky shifter book, with alpha’s galore, magical worlds and stubborn mates, Hawke’s Purr-fect Mate is definitely a must read!
Rated 4 1/2 Delightful Divas by Dakota!

5 Kisses Review for Time to Live from Two Lips Reviews