Great news as part of the Noble Romance Blog Tour  Timeless Desire Collection, I am please to announce the release date for Time to Live  is 17 October. 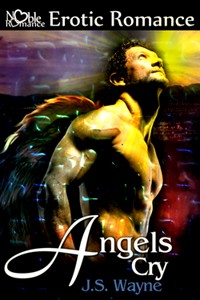 I've just finished reading Angels Cry by J.S. Wayne.
This novel is another in J.S's Angels series.  The world building, and the strength of the characters came through to me in this book.

The story of good verses evil is handled on many different levels. There is humour along with fear and romance-a  heady mix.

One phrase sticks in my mind, and I quote.
"He made a lovely mouthful."

J.S has a unique turn of phrase which I find very refreshing.

Get yourself a copy here

I start my week with a dentists drill embedded in my jaw.  So I am not having a good day sorry folks. My topic today is about  telling lies.


How many stories I could write about people who continuously tell lies.


Why can't people just fess up and tell the truth?


Why lie in the first place?


Okay so I admit I am a very outspoken person but I never intend to hurt anyone, in fact my aim is always to help, its just sometimes people need to be told the truth.


"Does my ass look fat in these pants?  Should you say, "Hell yeah"....No!  But perhaps, "How about wearing a longer shirt  then no one can see your butt." Why lie?


For me telling the truth is essential. I can't abide  liars in any form.
In business  with me two strikes and you are out.


So how do you feel about liars? Can you stand them or are they a royal pain in the butt?

An autographed  cover of any one of my books for your e-reader for the best 3 comments.

Labels: Don't lie to me

Taking the floor today is the amazing J.S. Wayne. 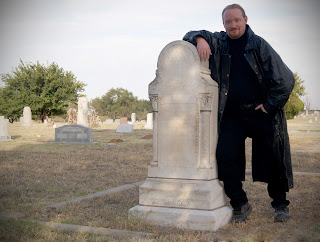 I’ve always believed that, as a writer, it’s important to experiment and break yourself out of your comfort zone. If you know you can write this and that and do them well, why not throw something unexpected into the mix?
When I first started out, I steered well clear of any genre that had even the faintest taint of “girly stuff.” If my writing had an erotic bent, that was fine. But romance, fluff, and faeries were strictly off limits. Romance, I thought, was the exclusive dominion of spinsters with far too many cats for their own good. Fluff was for people with no imagination. And faeries? All I could think of was trying to make Tinkerbell a badass. (Yes, I know, she’s a pixie. And she kind of did a number on Captain Hook, too.) Faeries always struck me as a one-trick pony. Dancing in mushroom rings and playing dirty tricks on big, stupid humans didn’t seem to offer a whole lot of room to roam.
And I’ll be the first to admit that I was wrong about all of the above.
When I first started writing romance, I did so with something of a chip on my shoulder. Knowing that I was coming into a genre that has traditionally been the province of women, I felt a lot of pressure to prove that I could do it just as well as the ladies could. (Notice that I don’t and will NEVER say “better,” simply because the readers judge that. Some think yes, some say no; for my part, I just want to tell a good story that will hold its own with my female peers.)
Immediately, to my great surprise, I found myself being accepted by my fellow romance authors, an overwhelming percentage of which are women. During H.C.’s brainchild, the April Noble Authors’ Blog Tour, I had the opportunity to become fairly intimate with an amazing group of eight women. Each one of these ladies accepted my presence without question, and our correspondence was surprisingly free of the various stigmas and prejudices I had anticipated. Being the only guy on the tour made me a little nervous, and I bit off more than I probably should have in a bid to prove that I could be valuable and bring something amazing to the table.
H.C. was probably the most surprising to me. She was the one who made the now-legendary comment, while giving “Espiritu Sancti” its first round of edits for the Red Roses and Shattered Glass Anthology. I had never seen a picture of her, and didn’t know much more about her than what was on her author bio and her blog. Namely, that she was from Australia, the oldest of the group, judged cats in competition for a hobby, and wrote gay and ménage romance. So I had built something of a mental image of her; in some ways I was close. In others, I missed by the distance between galaxies.
When I was reading the redlines and comments she had made for “Espiritu Sancti,” she was grumbling a little about the tortuous contortions I put the English language through trying not to use the vulgar expressions for the various parts of the female anatomy. The result was flowery, purple, and, to be fair . . . just a little boring. Finally, this caught my eye:
“It’s okay. You can say ‘pussy ;)’”
I laughed out loud, more of a startled laugh than one of genuine amusement. Whatever I had expected, that certainly wasn’t it! But the more I read it, the funnier it became to me; kind of like the punchline to that joke that you can’t believe your brother told in public . . . but the one you make a note to pass along to your less easily-offended friends at the first opportunity.
I went through and carved out most of the purple, leaving glistening pink behind. The result seemed to be much more satisfactory, and H.C. and I stayed in fairly close contact after the tour was over.
Because of her and the other ladies on the blog tour, I became more daring and varied in my writing. These women taught me that it’s okay to think outside your comfort zone, and that expanding your horizons isn’t a bad thing. Sometimes, you learn something new about yourself that you never realized.
Although I’ve branched out, I still come back to my roots, and the stories that started this whirlwind ride that my first year as a published author has become. It all started with “Angels Would Fall;” now, it continues with Angels Cry, my first full-length novel for Noble Romance Publishing. I can honestly say that if it hadn’t been for me stepping up and saying, “I’d like to get in on the blog tour,” my writing career might have gone down some very different paths than it has.
Expanding your horizons is great. Just don’t forget where you came from.
I’d like to thank H.C. and all you wonderful readers out there for coming by to hang out with me. Before I leave, I’d like to give y’all an excerpt from Angels Cry, which is coming out Monday. I hope you folks enjoy it!

There will be a few changes here in November.

The TIMELESS DESIRE  BLOG TOUR will start on 8 November and  I will be be having  GUEST AUTHORS  here on Tuesday and Wednesday each week  throughout November.

As part of the tour, you will see this link
Hit the link on each author's blog and complete the tour. There are heaps of goodies to collect along the way for comments.

To compliment the tour Noble Romance has published a Timeless Desire Collection featuring novellas from some of the tour authors. These will be available from Noble Romance. My story Time to Live will be released on 17 October,

I will be updating the NRA Blog Tour Blog as we go.

On the NRA Blog page you will see BONUS blogs. These blogs link in with the tour and authors are offering special prizes for comments
http://www.nobleromanceauthorsblogtour.blogspot.com

Also,  for a bit of fun I will feature  weekly Author Spotlights  the first  on Saturday 11 September, will be  the witty and crazy author of Angel's Cry,  J.S Wayne.