To celebrate the print releases of my Luminosity Publishing books. I have two copies of each in e-book format to give away. That is SIX BOOKS !!!!!!

Just leave a comment and your email with which book you would like to read and the format you prefer.

Thank you for everyone who entered. The winners have been notified.
Comments with email addresses have been deleted  for your privacy ;
Happy New Year!!!! 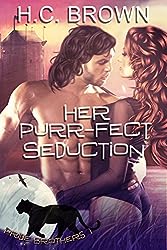 Jill Morfranna, a sassy redhead from New York, is enjoying a photo shoot in the Scottish Highlands when she stumbles into an alternate realm. Trapped in a frightening world of strange creatures, her life turns upside down when a sinfully handsome shape-shifter kidnaps her. Will she win Dare of Knight Watch’s heart or will he trade her for his sister at the next slave auction?
Buy


During a tour of the Highlands, Kate Mackintosh goes to the aid of a drowning boy and mysteriously slips through time to 1425. A stunningly handsome Highlander, who believes she is a faerie intent on stealing his brother, immediately challenges her and offers himself as the boy’s replacement. Rather than remaining alone on an isolated mountainside, she follows the delicious Laird Alexander Murray to his Broch Lavern home. 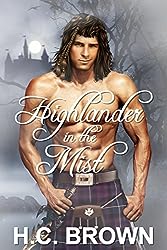 Alone in a strange, brutal world, the noble Alex offers her not only his protection but a love and passion so great, her longing to return home soon fades. However, the fate of the clan rests on Alex marrying Mary Frazer, and his stepmother insists on the match.

Kate must leave the love of her life or remain and risk torture or death to fight for her handsome Highland laird. 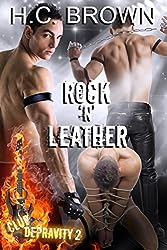 Do you want to take on a ride on the wild side and indulge in the varied delights of Club Depravity?

Restricted to gay rock stars and high-flyers in the entertainment industry, Club Depravity offers a secure fan free environment, where edge playing Doms and delicious subs indulge in their wildest fantasies…and you have a front row seat.

Reader Advisory: Fasten your seat belt for a ride on the wild side.

Buy
Happy Holidays, Merry Christmas and a very Happy New Year to all my readers.
H. C. Brown.
Posted by H.C. Brown at 12:32 PM No comments:

I have 2 copies of Her Purr-fect Seduction #1 in the series to give away.  Prizes will be given to two random correct answers.

Leave your email address so I can send your prize. :-) 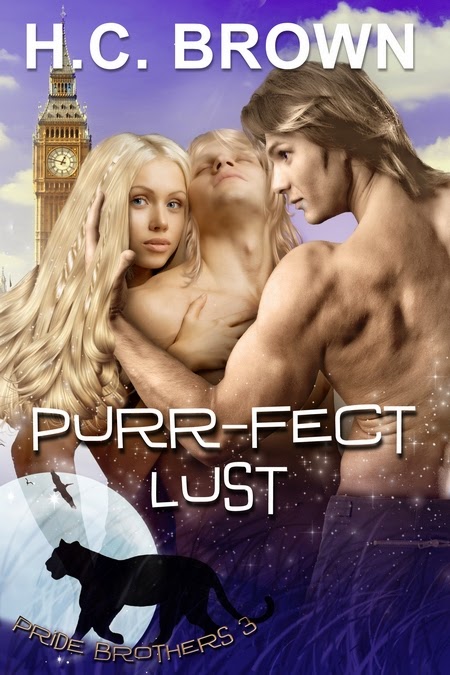 Description
Prince Rio loves Tanz, but his cat demands he mate Aria, the human his King has ordered him to kill.

Aria d’Lion, author of bestselling books, The Fairy in My Garden, and Shape-shifters Are Among Us discovers to her horror that most of the things she’s written about are true. The shifters have sent a deliciously handsome man to the book signing to kill her, trouble is the panther shifter is her mate. Too bad he is already in love with a man.

Hot sexy Rio has a list of kinky sex partners but one special man in his life. Aria turns his world upside down and he is torn between duty and love.
Amazon

Rio ran his hand down Tanz’s back. Damp, peach fuzz skin slid tantalizingly beneath Rio’s fingertips. He smiled into the darkness. This evening, he had taken his ass four times, and listened to his groans of delight each time he took him in his mouth. The Faerie’s essence still coated his tongue. He longed to immerse himself completely in the man’s taste and never come up for air.

In the twilight, he could make out Tanz clearly. He touched the damp, moonlit curls pressed against his blushed cheeks. He ran his fingers down across his lover’s pointed chin then up to trace the line of his swollen lips. Overpowered by the need to kiss him, to feel his passion, he groaned. He ached to bury himself deep inside his smoldering heat, just one more time, before daylight. Bending his head to nuzzle him under one tall, pointed ear, he breathed in his unique, earthy scent. He wished the sweet male would open his eyes. His lover’s sultry jade orbs could melt an iceberg and bring him to his knees. Tanz had become his weakness. Lady’s blood, I am infatuated with a Faerie.

He sighed and turned onto his back. Pride females would never leave him wanting, and he had two waiting at home. Tanz chose that moment to roll over, exposing his full, magnificent length. His heart quickened. The male’s pale, opalescent skin caught in a beam of moonlight and shimmered. He reached out, traced a path across his broad chest, and circled each flat nipple before he rested his palm over Tanz’s substantial prick. He enjoyed this far too much. This Fae male had taken him to a level he had not experienced before. No, none of his male or female lovers had incited such intense lust in him.

The King of the Faerie’s voice echoed in his head. He groaned. Trust Nox to disturb a night of bliss.

“I know you are awake. King Blaise has requested you return to Dryad without delay. There has been a robbery; someone has stolen the Lady’s Book of Knowledge from the Royal Library. Blaise is convinced the Druiks or the humans are to blame; he has already begun investigations in Druik Void. I am leaving for the human realm now.”

He grunted his assent. A request from his king required an immediate response, and the fact Blaise was his brother notwithstanding. He shook Tanz gently but he slept in that delightfully exhausted way that only came from a night of erotic euphoria. Pressing a kiss to his lover’s forehead, he lingered to memorize the man’s unique features. His heart twisted in regret. He had forged a deep connection with Tanz over the past year and wanted it to continue, but a relationship between them could never work. Fae and Pride males were literally worlds apart. Each time he left him, it became harder to forget the delicious Faerie. He wished Tanz would wake, so he could explain his abrupt departure. He had no idea when, if ever, he would be invited back to Other World.