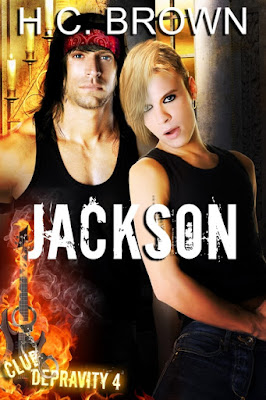 After Jackson Moon’s rock star Dom, dropped him for a woman, he enjoyed a variety of Masters. Big Doms, hairy Doms, the spankers, the edge players had relieved his itch, and his need for domination, but he craved that connection again, the special bond with a Dom that went way past trust.He wanted a Dom to love him.The way Rogue had.That special connection that took a sub on a flight of sensation so intense, he never wanted to land, but when he did, he could find love in the strong arms of a man he could trust with his life.Rogue had loved him, cared for him—left him—crushed him.What would he do when Rogue walked into Club Depravity? How could he breathe in his scent and survive without him?


“Let go of Jackson—now!” Rhys set one large hand on Shayd’s shoulder and glared at him nose to nose. “What the fuck are you doing, man?” 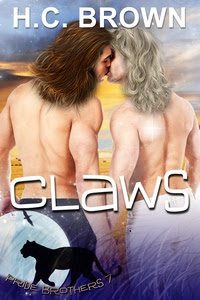 Rohan Knight thinks all his birthdays have come at once when a sexy blond twink hits on him. He has searched for a delicious man like Cael all his life.
The problem is Nox, King of the Fae, sent Cael to discover who is using magyck unlawfully in the Nomag realm. When Cael finds Rohan is a rogue Pride shifter with ancient magyck, he must use all his powers of persuasion to lure him back to the safety of Other World.

Excerpt:
The Great Book of the Prides – Entry by King Blaise of Knight Watch.
There is great speculation that another of our brothers is living in the Nomag realm. Nox came to me with news this day that he has sent Cael the Bronzed to observe the young male believed to be the only son of my cousin Anu and his mate Talia. The male has magyck abilities far beyond most Pride. He will become a danger to our existence if we are not able to bring him home.
Cael has offered to remove him and take him to Other World to monitor his abilities before we welcome him into our realm. He is an unknown quantity, but I am confident Nox will guide him along the correct path, and we will welcome him home soon.

Chapter One
Dryad
Nox twirled the crystal goblet in his fingers admiring the way the blood-red wine made by the Pride and called Miza coated the glass. He inhaled the rich aromatic fragrance and lifted his chin to meet Blaise’s worried expression. “Have no fear, I have sent Allure the Fair with Cael as brothers they are well equipped to handle a naughty Pride cub. Cael is well versed with the Nomag world and will fit in very well, have no fear.”
“I hold grave concerns. This male has been living alone in the Nomag world since he was a baby, he will not accept our ways or our laws.” Blaise snorted. “You told me how violent the Nomag race is and how they are little better than the scum that live in Druik Void. I cannot in all good conscious allow him free reign in any of our realms.”
“Do you honestly believe he could overpower the magyck of the Fae?” Nox leaned back in his chair and sighed. “We have known each other a long time, Blaise, and it is time you trusted me to deal with this problem.”
“The male is Pride.” Blaise paced up and down the room in an annoying fashion. “He is my responsibility.” He flicked him a long violet gaze. “You have enough trouble pleasing Hawke to deal with this.”
Lady’s blood, he had never seen Blaise so distraught. He smiled. Indeed, Hawke had allowed him a full share of his mate Lydia but he must make frequent returns to Other World to renew his powers. “I please myself, Blaise. Neither Hawke nor Lydia are my mates. I wish sometimes they were, but I am destined to have only Allure and a female yet to emerge.” He smiled remembering his evening with his lovers. “They both understand my time with them is temporary and I must return to Allure.” He refilled his goblet from a glass decanter on a polished side table at his elbow and turned back to Blaise. “Cael alone is more than capable of dealing with Rohan. He has had him under his watchful eye for six months or more.”
“Six months and you only inform me now?”
“Do sit down and I will explain.” Nox sipped the Miza holding the delicious liquid in his mouth a few moments before swallowing. “You do remember the time Rio went to the place the Nomags call London? He went to destroy the threat and came home with a mate?”
“Yes, and I do not have a problem with my memory, Nox.” Blaise sat in the chair opposite and raised one dark eyebrow. “This Nomag world is on a different continent, so how did you find him?”
It would seem, you are a child still, but then I am five hundred summers old. “I have the ability to feel magyck, and some Nomags process a little but have no knowledge of how to access that part of their minds, rather like some of you.” He chuckled. “However, I can see magyck as you see the wind blowing through the trees and know from which way it hails. The moment, I returned to Other World, I had Fae scrying in the direction from whence it came and after some time we found Rohan.”
“Do go on, I would like to know why, as we are such close friends, you decided to keep this information from me?” Blaise poured a glass of Miza then glared at him. “This is not like you, Nox, what are you hiding from me?”