Why set your story in an English country manor?

*laugh* Do you realise how many double entendres you can get from an English stately homes? In my story a riding crop is used in the stables – but not on the horses! A private tutorial is undertaken in the ‘Master’s Study’. A swing in the garden is part of a group activity – but there are no children in sight. And a fabulous ball takes place in the ballroom – with the emphasis on a different type of ‘balls’, to name but a few.

Are you going to do more stories set in Lindsey Park Manor?

Oh yes, as there is a secondary story that is going to ‘arc’ throughout the rest of the series – but I can’t say any more as it relates to a surprise discovery by the main characters in the first book.

Is it a real stately home?

Nope, just based on every one I’ve ever visited (and I watched Downton Abbey VERY closely in the last series!). But it is set in Lincolnshire and called Lindsey Park Manor after the districts of East and West Lindsey in that county. I looked at a map and found a nice big common/forested area in one of those areas and used that as the grounds for the estate.

There’s a map in the front of the book – tell me about it.

I drew it to help me when I was writing the story – and had great fun thinking about what buildings there were likely to be around a manorial estate. When Luminosity Publishing accepted my story, I asked if it was possible to include the map in the book to enhance the story and help the reader as the characters made their way around the estate. I was delighted when they said yes – and they did a wonderful job with my original drawing.

Is this your first story set in England?

No – the first book in this series ‘Kink After Dinner’ was written as a short taster story for this series (Manor of Decadence) and, although it isn’t set in the Manor, it has several references to what takes place there.

What else have you got planned for future stories at Lindsey Park Manor?

Hanging from the laundry racks, role play in the servants’ quarters, feather play in the aviary, bondage from a four poster bed, spanking over a sawhorse in the carpenter’s workshop… oh, were you asking about the plot?

*wink* you’ll have to wait and see!

An Englishwoman through and through, she lives in a beautiful historical city and is game to try most things once. She’s had a tattoo done on her calf, flew down zip wires 100 feet up in the trees, and was photographed nude by a professional photographer. All of which have taken place since she turned 50!

Many of her experiences end up in her books… but you will have to read them to find out what!

Why can't you write?

Do you wake up every day with the intention to write and then make  an excuse, any excuse not to sit down and commit ?
Today, I'm going to look into why this happens and how you can prevent wasting time.

First and the most reason is self-doubt in your ability to produce the quality of story a publisher will expect.
To conquer this fear you must take a long hard look at the criticism you've received. Is it warranted  and constructive or have you read a review from a site that bullies authors?

It is a fact of life that not every reader will like your work, just the same as  not everyone enjoys the same TV shows.
Ignore the catty, bullying reviews because  some people out there  get their kicks writing bad reviews in an attempt to ruin sales. There is always that one star review and catty comment in amongst the twenty 5 star reviews isn't there? The problem is it's the one star review we all seem to worry about. You will never please all of the people all of the time, so concentrate on the positives.

Use constructive criticism to your advantage and if you have received feedback from a declined submission use it to your advantage. If a publisher has taken the time to write a personal rejection they think you are worth the time to help. Use this advice to improve your work.

How can you improve?


You are a great writer but you can't get your book published....why?

Get a thick skin and stop looking at your book as your 'baby'.  Publishing is a business and unless you have a story that will sell, very few will take the risk of losing money no matter how well your book is written.

Horses for courses.....research, research. Take the time to look at a publisher's bestsellers lists to gauge their reader base. If your genre is in the top five, you have a better chance of publication.
Read the submission guidelines and stick to them.
Don't rush. Submitting  an unedited , unpolished manuscript  the moment you have finished is a recipe for disaster. SLOW DOWN....put the document away for two weeks, change the font then read it through again and you will be aghast at the mistakes you find.

Authors lives prevent  writing,  arguments, worry, and family problems are all on the list but the most common is waiting on a submission/ pitch.

To avoid this and "writer's block" which is all of the above  set a time to write within the boundaries of your busy life. If it's Saturday afternoon or every day of the week. Set the time and stick to it  just as you would if you had to work for that number of hours.

Don't allow social media to  creep into your writing time. Promotion is a part of our lives  so set a time limit and stick to it....it will still be there tomorrow.

So you still can't write.

If you have started a story read through the last chapter and this will spark your imagination. If the story is boring you.... it will bore the reader and the acquisitions editor too, so  start a new story.

Always begin a new story the moment you send away a submission....forget about the submission and keep working.
Even if you write one paragraph a day or session it will build your confidence and just write...don't worry about editing. Keep the flow going and you will write better than ever before.

Listen to music, read, observe the world, read newspapers  I have found reading submission calls will help as well.

Relax and a story will form in your mind.

Things in stories that made you go GRRRRRRRRRR.

What drives you mad in a book? What would make you stop reading?
Some phrases are so overused or misused they pull me out of a story. My pet peeves are:
Quantum leap.........quantum means tiny...nuclear ....so how did this phrase  originated to define a huge leap? Makes no sense at all. I blame the TV show LOL.
The  worst phrase that comes up over and over again in stories is:
She let out the breath she didn't know she was holding.
This phrase makes the character look really stupid especially if the character does this repeatedly throughout the story......or everyone in the story does the same thing at one time or another.....If you hold your breath long enough you drop dead. Something a person would notice.
IMO using the same phrases repeatedly in a story is a lazy way to write and distracting to the max for the reader.
My third pet peeve is when two characters are in a conversation why use the dialogue tag....he replied??????? If he/she is saying something to the other person they are replying......I wish they would use a nice action tag instead.
What annoys you?
Posted by H.C. Brown at 1:21 PM No comments: 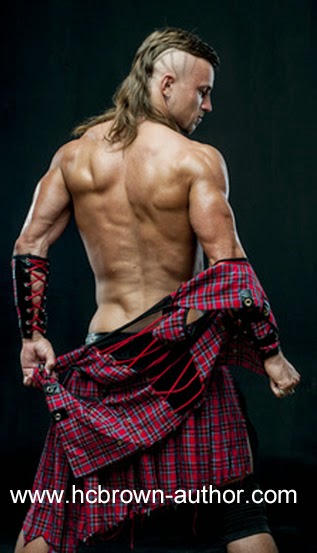 I've seen a lot of authors in constant state of worry over being good enough, or not being as good as so and so....or why is she/he making it and I'm not. Then there is the 'Why can't I write when I have made a pitch or put in a submission' syndrome. Had that feeling? I think at one time or another we all suffer from self-doubt and this kills creativity.

The best bit of advice I can offer is to forget about what everyone else is doing and stick to your own path. We are storytellers, so don't try to write what she/he is writing, write what your muse is telling you to write.

Put on your blinkers forget about other authors, the last submission etc, and just write...... that's what I'm doing. I'm happy to write and if one day I make the NYT Bestsellers list, well it will be a bonus but if I don't it's not the end of the world is it? It won't stop me writing because my stories need to be told.... and so do yours
smile emoticon